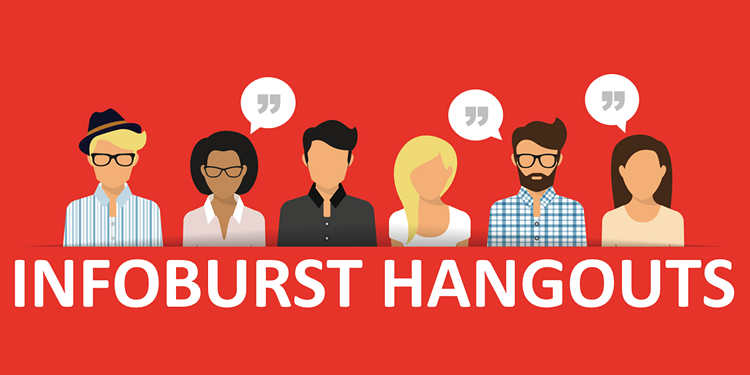 Thanks to those that were able to attend the inaugural InfoBurst Hangout. We look forward to seeing more of you at future hangouts.

During the April 3 hangout we announced the preview of the AnuBIs Dashboard Designer. Read more about how you can get involved with the AnuBIs preview here. The hangout included a demonstration of and discussion about the AnuBIs dashboard designer. A recording of the entire hangout is available below.

Apologies to anyone who was unable to join the first hangout. We were experimenting with Google Hangouts, which we thought could accommodate a large number of attendees. We like the format of Google Hangouts, but it turns out we could only host 10. Future InfoBurst Hangouts will use GoToWebinar. Ahead of each hangout we will publish an article here on the InfoBurst blog previewing the upcoming hangout and providing the hangout link. This hangout forum can host up to 1000 attendees. That should suffice (for now).

Click here for a preview of our next hangout with InfoBurst user interface developer Chris Martin and the hangout link.

I am the proud papa of Maggie and Carter, lover of sushi, fan of Peter Gabriel, and longtime InfoBurst aficionado. Want to get me talking? Ask me about any of them.